Credit - care of Bayfield.org
Surrounded by family farms and orchards, an exploration of local food culture begins with a tour of the Fruit Loop, which winds its way around the city of Bayfield

Bayfield’s location near Lake Superior and the Apostle Islands creates a unique micro-climate, which allows fruits and berries to flourish on the land surrounding the city. During the summer months, you can find fresh strawberries, sweet and tart cherries, raspberries, blueberries and blackberries at the downtown farmers market every Saturday morning and at roadside stands along the Fruit Loop.
As the temperatures start to cool, the apple orchards begin their harvest, offering apples of every size and flavor, including many heirloom varieties. Bayfield’s berry farms and orchards also offer pick your own options all season long. Known as the Berry Capital of Wisconsin, Bayfield proudly supports its local farmers and orchardists.
The fruit industry in Bayfield began with the first commercial orchard planted by William Knight in 1905. Having observed the success of backyard fruit trees, he purchased land outside of the city and planted twenty acres in cherries and twenty acres in apples. One year later he planted thousands more and kickstarted the agricultural region that we know today. Some of those original trees still produce apples and can be found at Hauser’s Superior View Farm, located on County Hwy J, 2 miles north of Bayfield.
The history of fruit production in the Bayfield area can be traced even further back than the first commercial orchard. In 1870, Roswell H. Pendergast, keeper of the Michigan Island lighthouse, dabbled in commercial fruit production on the Apostle Islands. He and his wife, Helen, planted over 1,000 trees and shrubs of various species on Michigan Island to test the growing conditions there. They developed an extensive orchard with an emphasis on apple trees, and also created a nursery from which they sold trees to the citizens of Bayfield. Although most of Michigan Island is now a federally designated wilderness area, recent restoration work at the Michigan Island lighthouse included the planting of apple trees to celebrate and recognize the influence and contribution of the Pendergast family to the region. 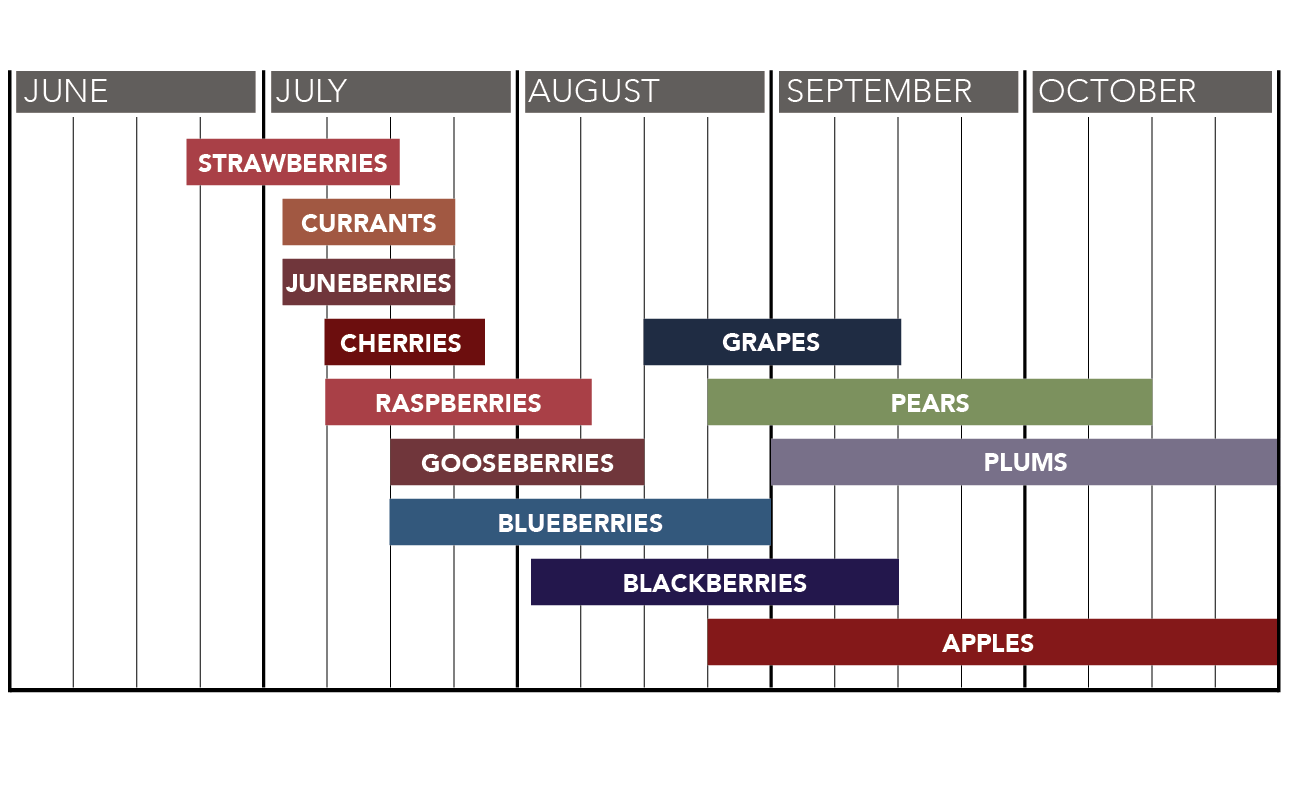